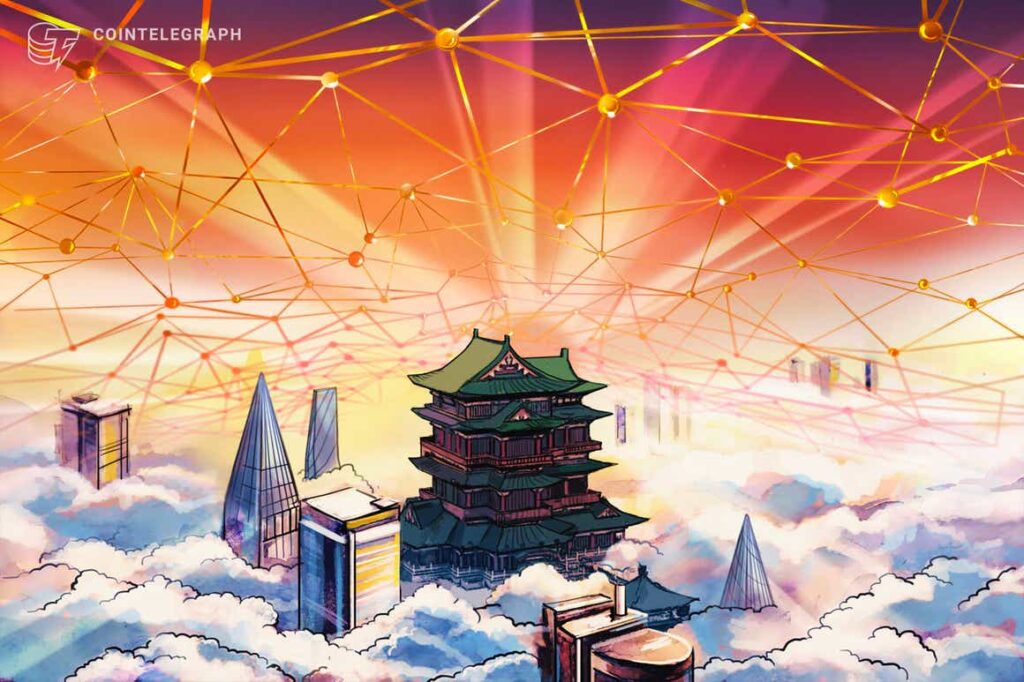 Experts say that China’s corner of the Metaverse is likely to evolve very differently to other international markets and that decentralized infrastructure may not be part of the game plan.

The Sino Metaverse seems likely to repeat what happened with the web. When the internet first went mainstream in the 1990s, many people theorized that it might accelerate democracy in China.

NewZoo’s 2021 trend report “Intro to the Metaverse” claimed that the Communist nation’s distaste for decentralization won’t necessarily deter it from participating in the Metaverse, but the experience may be very different, similar to the way the internet looks different behind the Great Firewall.

Mario Stefanidis, vice president of research at Roundhill Investments, told The Wire China that it seems likely China will take a similar approach to Web3 trends,

“It will be much easier for China to oversee development of a local metaverse rather than allowing users to access the ‘global metaverse’ and spending significant resources censoring and blocking certain experiences.”

Nina Xiang, journalist and founder of Asian tech intelligence and data company China Money Network, added that the divide will be particularly noticeable between China’s metaverse and the U.S.

In an announcement for her new book, Parallel Metaverses: How the US, China and the Rest of the World Are Shaping Different Virtual Worlds, she wrote that “the materialization of the Metaverse will take place amid persistent US-China geopolitical and technological rivalry.”

“This means there may be greater divergence among the two countries’ metaverse ecosystems related to major players, content creation, infrastructure outlays, applications, product formats, laws and regulations, and investment opportunities.”

Tech giants pave the way to the Metaverse

Chinese companies are certainly very interested in the potential of the Metaverse. In the three months to end of November 2021, more than 10 billion yuan ($1.6 billion) was invested in Metaverse-related ventures. During all of 2020, only 2.1 billion yuan was invested, according to Chinese crypto venture capital company Sino Global.

In December, Chinese search engine giant Baidu announced its own metaverse app XiRang, which translates to “Land of Hope.” Despite the app’s planned focus on digital infrastructure, Baidu vice president Ma Jie made sure to highlight that it will not support cryptocurrency or NFTs.

Chinese entertainment conglomerate Tencent is the largest video game company in the world based on investments. It announced plans to acquire VR hardware maker Black Shark in January this year and the company’s president Martin Lau also called the Metaverse a “real opportunity” in a recent earnings call.

According to the Intro to the Metaverse report, Tencent doesn’t need decentralized infrastructure to achieve its vision for the metaverse due to its existing market dominance.

“Tencent can theoretically achieve high interoperability without decentralized infrastructure because the Tencent ecosystem itself already covers most vertices in the game and tech services industry.”

According to analysis from local media publication IPRdaily, Tencent filed a total of 4,085 patent applications for virtual and augmented reality technology during 2020 and 2021. It was far from the only Chinese company to do so, with six of the top ten companies in terms of VR and AR patent applications over the past two years being Chinese.

However, China’s efforts in the Metaverse are still lagging behind, according to a Jan 27 analysis from Reuters. It cited “less investment by domestic tech giants,” and also pointed out that “industry-leading products like Meta’s Oculus virtual reality (VR) headsets are banned in China.”

User content generation is also one of the key pillars of the Metaverse, but is also notoriously difficult in China, given its stringent restrictions on expression. NewZoo suggested that companies such as Tencent will likely produce their own Metaverse content through “reusable game modes, live-ops and IP collaborations.”

Gaming is an essential part of the Metaverse bu also face stringent regulation from the Chinese government, which bans everything from strong violent content, to the depiction of anything that could be construed as “obscene.” During the past year, the government also started to impose restrictions for how long minors could spend playing games.