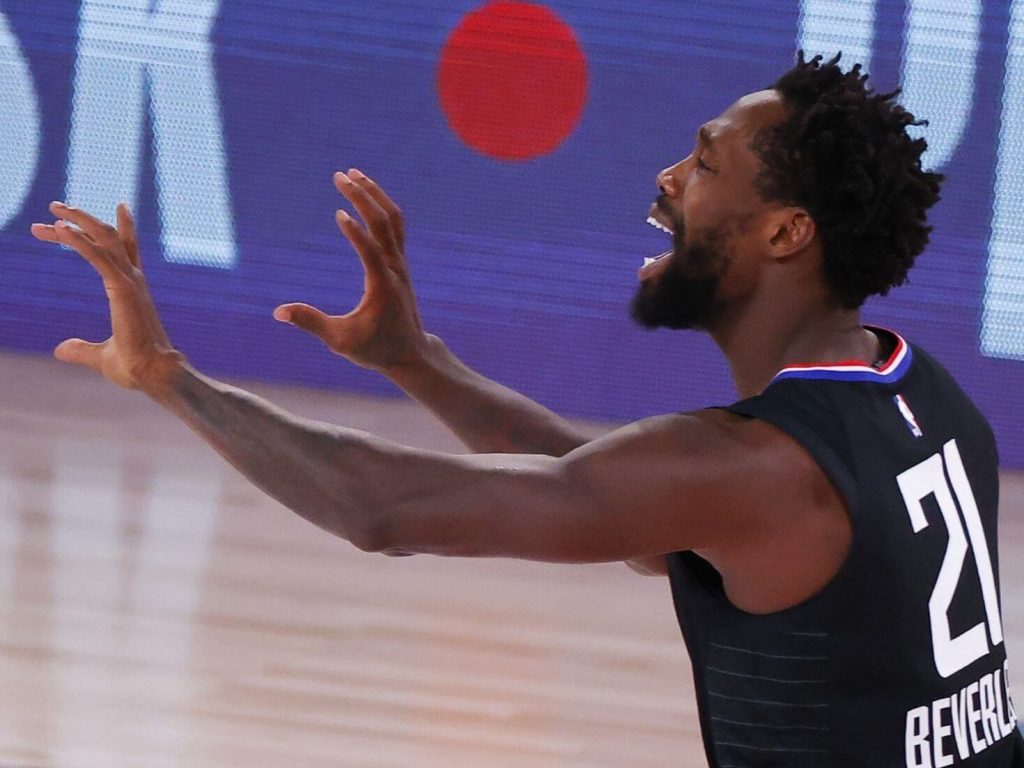 The Clippers point guard is well-known in NBA circles for being a disruptor on the basketball court and one of the game’s ultimate scrappers. His demonstrative nature has occasionally caused issues away from the hardwood as well, riling opposing players and teammates alike. Here is a 2019 video from ESPN documenting Beverley’s tendency to annoy with his antics.

On Wednesday, the 32-year-old may have finally gone too far with his tough-guy act, though, reportedly going at National Basketball Players Association (NBPA) executive director Michele Roberts as players discussed whether they would continue with playoff basketball.

Supporting the Movement for Social Justice

Earlier that day, the Milwaukee Bucks tipped off a chain of events that had left the remainder of the NBA Playoffs in doubt when they opted not to participate in Game 5 of their first-round series with the Orlando Magic. The boycott is an attempt to protest the shooting of Jacob Blake, a 29-year-old Black man, by police in Kenosha, Wisconsin.

The game was postponed shortly thereafter, as were the remainder of the league’s scheduled postseason contests. Players from all teams remaining in the league’s Orlando, Florida bubble coalesced to discuss how they would proceed and whether the season should continue amid the ongoing civil unrest.

They eventually voted to play out the remainder of the season after the meeting in question. Still, the proceedings weren’t without incident, as Beverley ran afoul of his colleagues for disrespecting Roberts.

It may have been the worst incident yet for the notoriously moody floor general.

As reported by Yahoo Sports’ Chris Haynes on Thursday, Roberts was speaking with players about the financial ramifications if they chose to boycott the remainder of the playoffs. While breaking down the numbers, Beverley reportedly interrupted the director, saying that he disagreed with her logic on the subject.

At that point, she was said to have kindly reiterated that the figures she had been discussing were just potential losses before Beverley interrupted again. Per Haynes, she then politely requested that she be allowed to continue, to which Beverley responded,

No, I pay your salary.

This rightfully drew the ire of NBPA president Chris Paul and longtime NBA veteran Udonis Haslem, who quickly dunked on Beverley, making it clear to him that such shenanigans would not be tolerated.

While his ill-timed and poorly-received harassment of Roberts didn’t manage to derail the meeting, it is another in a growing list of examples of Beverley crossing the line with his aggressive verbiage and willingness to go at anybody in the league for seemingly any reason.

Earlier this month, he took it upon himself to troll Portland Trail Blazers star Damian Lillard for missing a pair of crucial free throws during a game against the Clippers, mockingly yelling “Dame Time!” at him. See Lillard’s reaction to the incident in the video below.

Before NBA players entered the Orlando bubble, he strangely took issue with L.A. Lakers’ big man Jared Dudley via Twitter over his concern about potential injuries during the league’s restart, which was a legitimate worry at the time.

These are just recent examples of Beverley’s childish behavior, as evidenced by the earlier ESPN video (which was just the tip of the proverbial iceberg).

Over his eight years in the league, Beverley has consistently been one of basketball’s best defenders and ultimate hard-nosed players. He’s the kind of player you probably love if he’s on your team, but love to hate if he’s a member of the opposition. That said, one can only act as an irritant for so long before people grow weary of the act.

Beverley’s tendency to act like a bully, even when he’s well-intentioned, has gotten him into hot water before.

In his reported exchange with Roberts, a 64-year-old woman of color who supports the cause against racial injustice and was only acting to inform the players, his bravado went too far.

If his misdirected and over-the-top barbs persist, it’s only a matter of time before they get tuned out altogether.