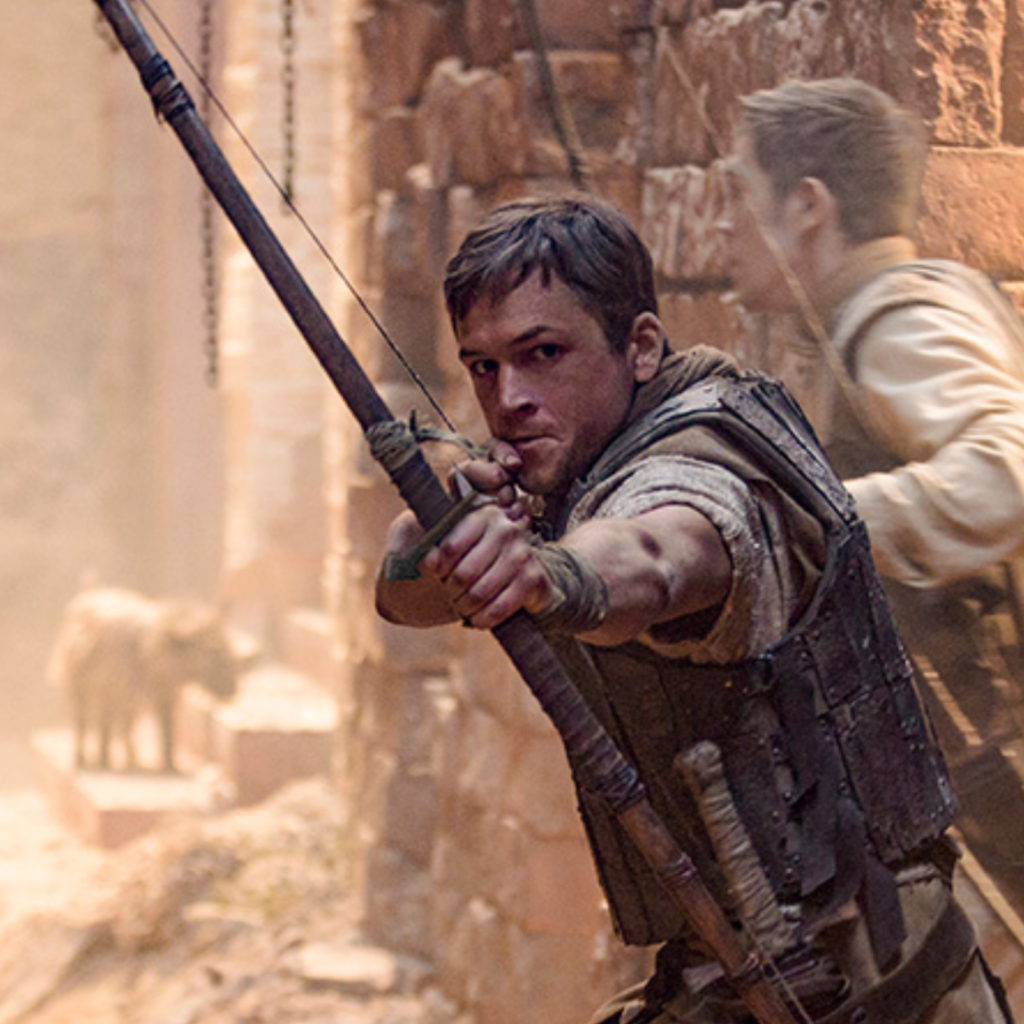 Lionsgate studio and Robinhood app have teamed up to give away $50,000 in a crypto scavenger hunt at the San Diego Comic-Con this week. This is to promote the studio’s upcoming Robin Hood movie. Attendees will search for coins, redeemable for $50, $500, $1,000, and $5,000, which can then be invested in cryptocurrencies during the convention.

For its upcoming movie Robin Hood, Lionsgate studio has announced a partnership with Robinhood investment app for a crypto scavenger hunt entitled Crypto Power To The People. It will take place at the San Diego Comic-Con between July 19 and 22. 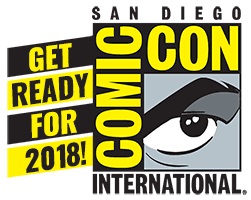 Comic-Con is an annual event for fans of fantasy, anime, comics, and other arts. There are over 30 Comic-Con conventions throughout the U.S. but the biggest one is in San Diego. In 2016, over 135,000 people attended the event according to Fortune. 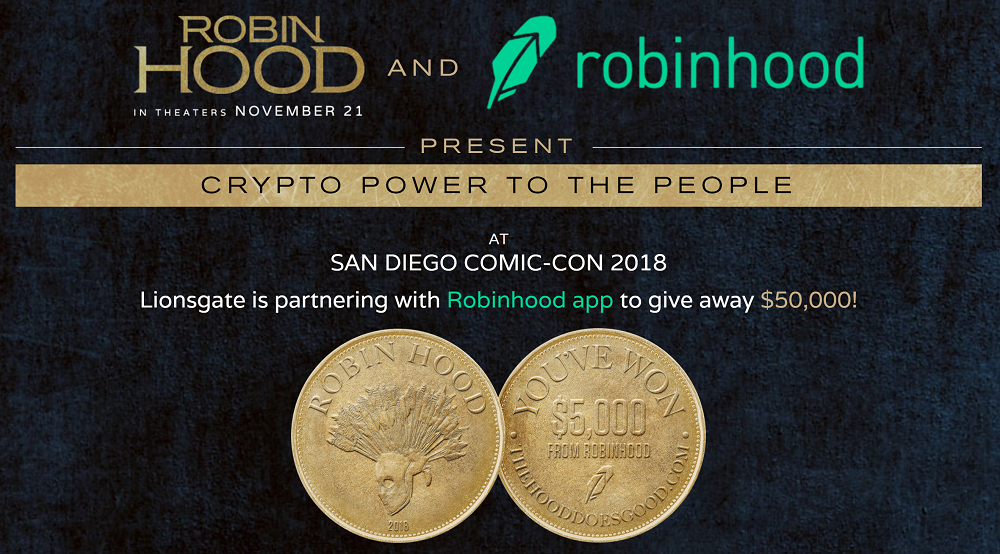 We’re thrilled to partner with Robinhood to utilize state-of-the-art technology as a unique way to engage Robin Hood fans. In the spirit of the legendary hero, this collaboration gives back to the community through initiatives that parallel the high-octane adventures in our Robin Hood movie. 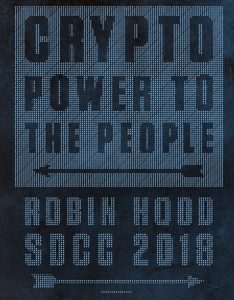 Robinhood, the popular trading app with a modernized layout aimed at younger investors, was recently valued at $5.6 billion. Customers can now use the app to buy and sell BTC, ETH, LTC, and BCH, alongside traditional investments.

In the new Robin Hood movie, Robin of Loxley, played by Taron Egerton, is a crusader that returns to lead a revolt against the corrupt English crown with his Moorish commander, played by Jamie Foxx.

What do you think of Lionsgate teaming up with Robinhood app for a crypto scavenger hunt at Comic-Con? Let us know in the comments section below.

Need to calculate your bitcoin holdings? Check our tools section.