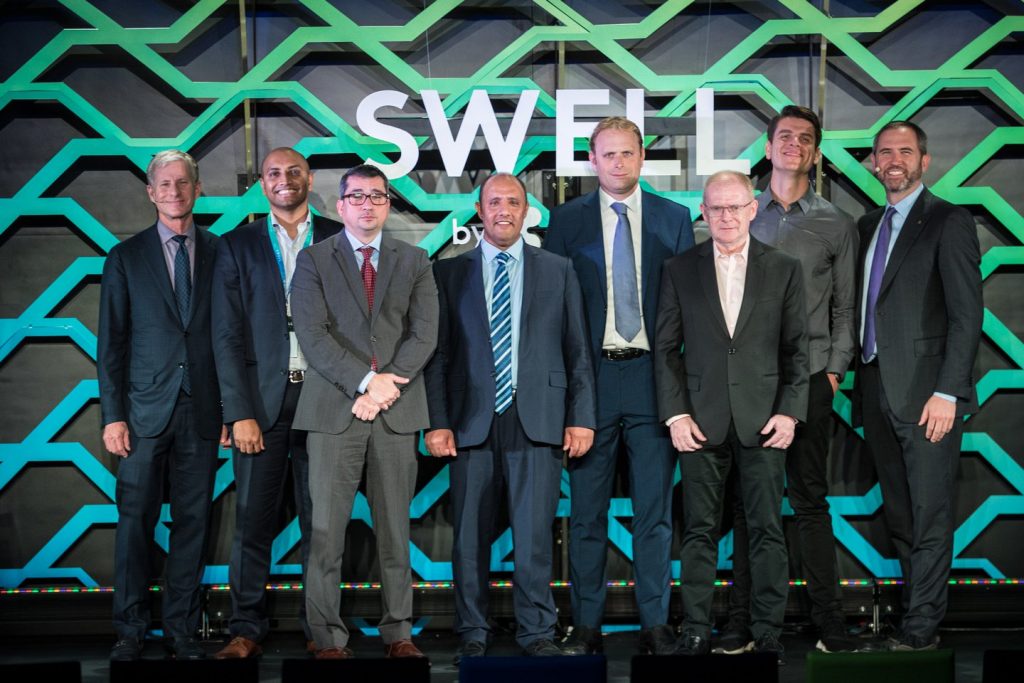 The second annual Swell by Ripple customer conference has officially come to a close. Over the course of two days the world’s leading experts in policy, payments and technology converged in San Francisco for 14 dynamic sessions, featuring 32 speakers, on the future of payments. The event also provided an opportunity for Ripple’s customers to meet, share and establish new corridors on RippleNet.

Beginning with President Bill Clinton’s keynote address, day one of Swell featured remarks by CEO Brad Garlinghouse on the Internet of Value and Banco Santander’s Head of Innovation Ed Metzger on One Pay FX, the first mobile app for cross-border payments using RippleNet.

Day one also featured exciting Ripple news: xRapid is commercially available and will go into production with three financial institutions.

The rest of the day was packed with memorable on-stage moments, including talks led by customers Siam Commercial Bank’s Colin Dinn, TransferGo’s CEO Daumantas Dvilinskas and InstaReM’s Prajit Nanu and BeeTech’s Fernando Pavani. All highlighted impressive results from their use of Ripple’s blockchain technology in cross-border payments.

A dynamic discussion on the future of digital asset adoption featured representatives from Remitr, Bittrex and IDT Corporation. The panelists pointed out that cross-border payments is likely what will inspire mainstream use of digital assets and that regulatory compliance was a crucial component for adoption.

Evaluating the future of payments was also a key topic for speakers. A session led by former Ebay executive RJ Pittman offered some insight into why improving payments infrastructure will provide serious growth opportunities for the entire industry.

An impressive panel on implementing the adoption of innovative technology featured Tokunboh Ishmael, Amy Radin, and Ben Braybn and underscored the importance that new technology like blockchain can have on developing economies.

The finale of Swell 2018 was the Blockchain Innovator Awards ceremony. Cuallix, InstaReM, Siam Commercial Bank, Banco Santander, TransferGO, and the Saudi Arabian Monetary Authority were all honored for their achievements over the last year.

If you missed any of the sessions on either day or our immediate coverage, then check out our full length videos of each session on Ripple’s YouTube channel.

We hope you enjoyed the insights and coverage of this year’s event. We’re already excited for Swell 2019!